You are here: Home / Health / 4 Ways to Overcome Laziness and Procrastination to Achieve Your Fitness Goals

So many people I come across in my age group complain to me about the state of their bodies……sore back, sore knees, can’t get rid of my beer belly, can’t bend over far enough and pick up the grand-kids and the list goes on and on.

In other words, that means you have to do some regular exercise if you want to enjoy yourself and be independent in your retirement years.

For some help with this have a look at: 6 Unexpected Benefits of Exercise for Seniors. 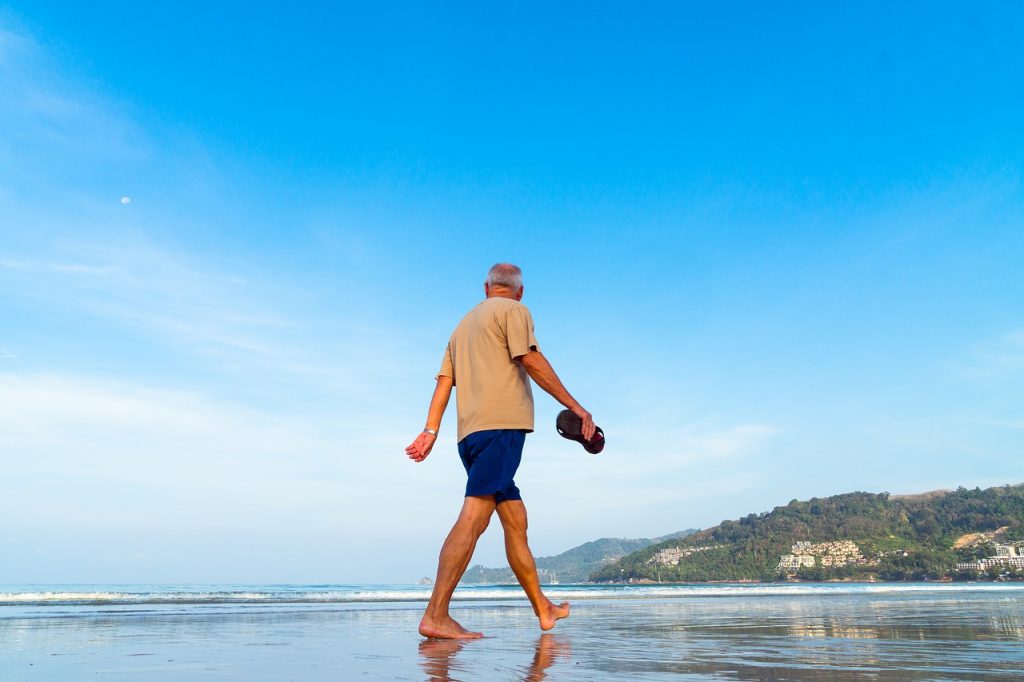 And if you are still in your 30’s or 40’s, remember this one, “If you don’t take care of your body now, where are you going to live when you get older?”

When you think about it, it is very hard to understand why people don’t exercise, especially when you stop and consider all the long-term health benefits?

Could it be connected to laziness and procrastination?

Quite a few of the people I connect with on a daily basis lead me to believe that this could well be the case.

So, before we can get to the “how” of overcoming laziness and procrastination, we must first define each one as they are a little different from each other.

Laziness is a state of mind where the individual just doesn’t care. And unfortunately, many people don’t care.

Yes, there are things that s/he could do that need getting done, but the person lacks the focus and desire to accomplish these things.

Procrastination on the other hand is a reluctant behaviour to do something.

It differs from laziness in that it isn’t that the procrastinator doesn’t care, it is that something is mentally holding him or her back from doing it.

It could be fear of failure, criticism, repercussions from suffering a past setback – something in their mind is telling them not to do it … at least for now.

The other big difference between the two is that when we procrastinate, we end up feeling guilty about not doing whatever it is that we are avoiding doing.

Not doing something due to laziness does not come with the guilt … because the person just doesn’t care!

Now that we know the difference between laziness and procrastination, let’s look at a process to eliminate them.

As we saw, laziness and procrastination are inherently different, yet the same process can be used to eliminate both of them.

The solution consists of the following four steps………

1 – Identify the reason behind why you don’t want to do something.

Are you bored or are you using either as an avoidance mechanism?

If so, why are you avoiding doing it? With laziness you could be bored and choose to spend your time doing something else.

You could be avoiding doing something just because you don’t see the value of accomplishing that task.

With procrastination, you are most likely using it as an avoidance mechanism.

If that is the case, break it down into smaller and more manageable chunks.

Remember the old adage “How do you eat an elephant? One bite at a time!”

That is how to approach what seem to be unmanageable projects too.

Whatever it is that is preventing you from accomplishing that task now needs to be identified before it can be overcome.

In this step, the procrastinator takes a look at what will happen if the task being delayed doesn’t get done?

The lazy person should also look at long-term consequences, but not the result of not doing the task at hand so much as what laziness is doing to them in general.

What opportunities are you missing out on in your life because of your laziness?

With the procrastinator, the goal may be too lofty and because of the fear or failing, the person decides to avoid doing the task.

In this case, the goal should be broken down into milestones or smaller goals and when one is achieved, s/he strives to continue with the next one eventually accomplishing the initial lofty goal in the process.

With laziness, it can be caused because the person is not challenged enough to want to do the task, so they just don’t do it.

Setting a goal worth achieving in their eyes – something that challenges their talents – can be the catalyst to get them moving and working toward the goal.

Once your goal is set, work must start immediately without fail or delay.

With either laziness or procrastination, doing something immediately is better than doing nothing. Slow and steady wins the race every time!

In either case, once forward motion starts, inertia will tend to carry a person to accomplish more and more.

As long as the focus and reward along the way and at the end is great enough to warrant the effort, laziness and procrastination can be overcome.

If either laziness or procrastination plagues you, use these four steps to help overcome it and you will eventually achieve your goals and dreams.

Cheers and best wishes with your journey – John – your Active Ageing Mentor and Coach.

Hello.......I’m John Falkinder. I am an energetic, fit and healthy baby boomer who has currently embarked on a journey of reinvention; it is all about ‘active ageing’ for.... END_OF_DOCUMENT_TOKEN_TO_BE_REPLACED