You are here: Home / Health / What is Vitamin K2? Learn About the Missing Nutrient for Heart and Bone Health

Vitamin K has never reached the lofty heights of notoriety as many of the so called super foods and other essential nutrients but Vitamin K2 is one of the vitamins, researchers are now finding out, is extremely good for your bone health and also your heart.

In fact, it is just as important as taking calcium when it comes to improving bone health.

Vitamin K2: The Missing Nutrient – research has found a link between Vitamin K2 and calcium. 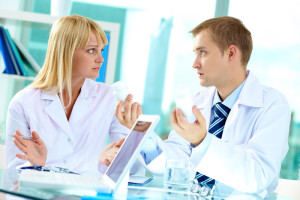 It turns out, without the addition of vitamin K2 in your diet you can’t regulate calcium levels so consequently bone health suffers. In addition, those who have decreased levels of vitamin K2 in their diet put themselves at a greater risk of atherosclerosis and heart disease.

People who have insufficient calcium in their bones get osteoporosis and have elevated amounts of calcium in the arteries instead.

Vitamin K2 can turn this around.

Information on vitamin K has been around for a long time (although not widely publicized) and the current dietary recommendations by the US FDA have been related to the small amount of vitamin K needed to clot the blood. The amount needed for healthy arteries and bones is more than that.

While these two conditions seem unrelated, they are actually closely related.

Both medical issues increase with age, particularly in the 60s and 70s. Both are conditions that develop gradually and don’t just pop up overnight. Atherosclerosis can begin way back in your teens and, like many other ailments, can take years to become clinically significant, causing a heart attack or stroke.

Researchers at the University of California in Los Angeles have begun to understand the link between atherosclerosis and osteoporosis.

They seem to be linked to certain regulators, such as osteopontin and matrix GLA-protein, which affect both bone health and the health of the arteries. A protein known as morphogenetic protein-2 was thought to be present only in bone but has been found in the tissue that makes up atherosclerotic plaques.

It was found that those who suffered from osteoporosis (thinning of the bones from a loss of calcium) also had an increased risk of calcium deposition in arteries. The reverse is also true.

What they discovered was that calcified plaques are not just plaques at all but are really bony tissue inside the arteries. Calcium in the arteries is actually ossification of the blood vessels.

In the same way, it was found things like sedentary lifestyles (lack of a regular moderate exercise program), diabetes, aging, smoking, and high cholesterol levels were linked to both osteoporosis and atherosclerosis. The scientists wondered why both conditions coexist so frequently among older people.

Some researchers believed that the link was that calcium transferred itself from bones into the arteries but this didn’t hold up in research studies. Drugs that control osteoporosis, such as Evista (raloxifene) and Fosamax (alendronate) take care of the lack of calcium in bone but do nothing to improve atherosclerosis so the two issues are probably under separate regulatory mechanisms.

Now, it has been discovered that Vitamin K2 may be at the bottom of the link between osteoporosis and bone deposition in the arteries.

Most of the research on the vitamin relates to its ability to help the liver make clotting factors, including factors II, VII, IX, and X, as well as proteins C and S. They have found that vitamin K is a good antidote to warfarin toxicity.

More recently, it was found that vitamin K is strongly linked to the maintenance of healthy bones and the prevention of arterial plaques, which are bony material trapped in the arteries.

Vitamin K seems to keep the calcium out of the arteries and puts it back into the bones where it belongs. The dose of vitamin K necessary to do this is far greater than that needed for bone and arterial health.

The Link Between Vitamin K2 And Osteoporosis

It has been found that it is vitamin K2 that is the type of vitamin K most responsible for inducing the mineralization of bone and keeping it out of the arteries. People who eat foods high in vitamin K2 are less likely to have osteoporosis than those who don’t eat a lot of vitamin K2.

Research studies have since supported the idea that vitamin K2 limits the incidence of bony fractures. The dose necessary is much higher than the recommended daily allowances for vitamin K that is currently recommended.

The Link Between Vitamin K2 and Heart Disease

Vitamin K2 has been found to reduce the amount of cholesterol and calcium plaques found in heart valves and in arterial walls. In one large study of more than 4800 participants, it was discovered that those who ate more vitamin K2 in their diet had a 57 percent reduction in the number of deaths due to heart disease.

This was not found to be the case for vitamin K1. When taking in vitamin K2, there is less calcium deposited in the blood vessels and more deposited into bone.

This means, in the future, there may be a change in the dietary recommendations for vitamin K2 so that it can do what it does best — put calcium into the bones instead of depositing into the arteries.

And here is another important and controversial piece of information I came across which I am sure you will be interested in reading if you currently take statins: Statin Use Inhibits Vitamin K2.

If you found this article useful, then please share it with your friends – thanks – John F.

Hello.......I’m John Falkinder. I am an energetic, fit and healthy baby boomer who has currently embarked on a journey of reinvention; it is all about ‘active ageing’ for.... END_OF_DOCUMENT_TOKEN_TO_BE_REPLACED