You are here: Home / Health / How do You Know if YOU Suffer from Celiac Disease? Find out Now.

Celiac Disease explained – a quick guide to the most important facts.

Coeliac or Celiac disease is a common, chronic digestive condition and is not, contrary to popular belief, an allergy or just simply food intolerance. In fact it is an autoimmune disease which is where the body’s immune system attacks its own healthy cells. 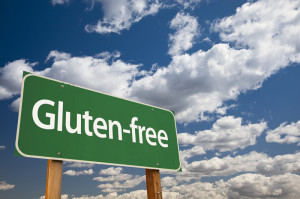 By being chronic, it means that the disease is persistent or long-lasting in nature and although there is no cure as such (a person will always have it) the symptoms can be effectively managed.

It is estimated that between 0.5 and 1% of people in the United States and the United Kingdom are affected and as stated on LiveScience recently, “Yes, There Are Risks to Going Gluten-Free If You Don’t Have Celiac Disease“. And the big food companies, who are never backward in coming forward when it comes to making a quick dollar, are cashing on the latest gluten free eating craze. Live Science goes on to say, “A whopping 21 percent of Americans are currently making an active attempt to eat gluten-free, according to a Gallup poll published July 23, 2015. That percentage dwarfs the 1 percent of the U.S. population diagnosed with celiac disease — the only medical condition that requires gluten-free products for someone with the disease to live a healthy life.”

Celiac Disease is not limited to people of European descent.

It affects all ethnic groups and although common in Europe and the USA can affect people in South East Asia, the Middle East, Northern Africa and Latin America. Women are two to three times more likely to develop celiac disease than men.

Autoimmune conditions are where the immune system mistakes healthy cells for harmful ones and it tries to protect the body by creating antibodies to fight them. Antibodies are usually produced to fight off what we would recognize as harmful to us such as bacteria and viruses. In the case of Celiac disease, the antibodies attack the delicate lining of the intestine which is responsible for absorbing the goodness from food.

These types of immune reactions have a trigger which in this case is gluten.

A mix of gliadin and glutenin, both of which are proteins, is what constitutes gluten. It is found in wheat and other related grains such as rye and barley. A small proportion of people are thought to be sensitive to oats however this is thought to be due to contamination from wheat during processing. Opinion on this is divided.

Celiac disease is able to be detected at any age and can be identified in babies after they are weaned, which makes sense as that is usually when cereal type foods which have gluten in them are introduced into their diet for the first time. But surprisingly, the 40 to 60 age group is currently the most common for detection of celiac disease.

Symptoms for the disease can vary from person to person and can be from mild to severe. Possible symptoms are numerous and include diarrhoea, constipation, persistent or unexplained nausea and vomiting, tooth enamel issues, osteoporosis and nerve problems such as numbness and tingling sensations in the hands and feet. This proves that a common misconception of symptoms being limited to the digestive system to be untrue.

It is also known that the symptoms can be quite subtle and sufferers may feel poorly for a lengthy period of time for no obvious reason before a diagnosis is made especially when the symptoms are often indications of other illnesses. It is not uncommon to mistake it for Irritable Bowel Syndrome (IBS) or wheat intolerance.

Diagnosis includes taking some cell samples of the gut and carrying out antibody tests on a blood sample. These tests involve analyzing the sample either for the presence of a particular antibody or the actual amount present.

The only way to treat celiac disease is to adopt a gluten free diet. By taking gluten out of the diet it allows the gut to heal and symptoms to subside. Making such a large adjustment to the diet when gluten containing products are commonplace can be challenging for some people especially children.

Talking to a dietician and/or a healthcare provider can help make the adjustment through guidance and the ability to network through support groups of other sufferers.

A common myth is that once the symptoms have gone that you can go back to gluten.

Unfortunately this is not the case as symptoms will return.

Once Celiac disease is diagnosed; education and planning are the means by which sufferers can begin the process of healing and get themselves to a point of effectively managing this disease.

There is so much more to learn about this disease than what I have discussed here especially when it comes to Celiac Disease vs Gluten Sensitivity or Intolerance and also knowing whether there are other diseases or conditions associated with celiac disease.

Hello.......I’m John Falkinder. I am an energetic, fit and healthy baby boomer who has currently embarked on a journey of reinvention; it is all about ‘active ageing’ for.... END_OF_DOCUMENT_TOKEN_TO_BE_REPLACED